What do you do when you’re king of the best-smelling village in all the land and an insensitive dragon stinks it up with his bad breath? Children and adults alike will laugh at this silly tale while being reminded of the importance of good dental hygiene.

My wordless, fine arts story book for all ages is about a little golden mantle and his exploits at Oregon's Crater Lake National Park.  He  meets animal friends and explores the wonders around the park from Rim Village, Wizard Island, to boat rides around the lake, past  Phantom Ship, fishing with kids, and more.   The ground squirrel leads you on a wordless journey where you can interpret the story.  If you  live locally in Central Oregon, contact me for a signed copy to give to someone special.​ 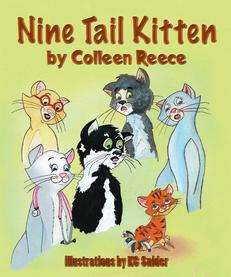 Katie is a mischievous Labrador pup who loves to run and play - that's how she got into big trouble and became a stray dog on the street.  From a Guardian Angel, Katie learns she was born with a special job to do - to teach humans how to love unconditionally. 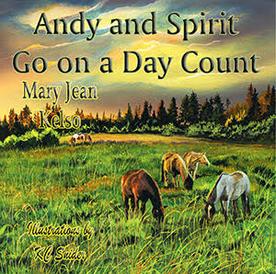 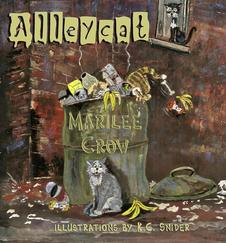 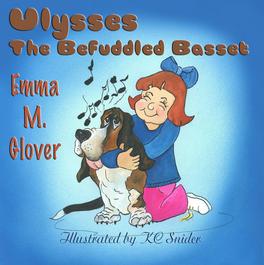 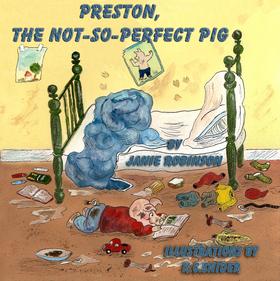 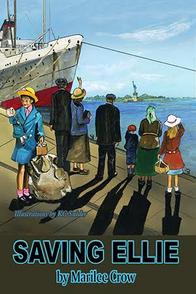 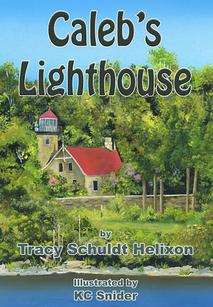 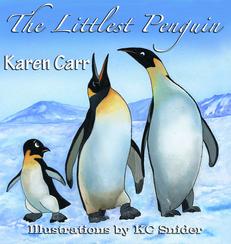 Long ago, families lived in lighthouses, where they worked night and day to care for the house and keep the light burning. When lighthouses became automated, everything changed. A touching chapbook of life-long friendship between a boy and the lighthouse where he was raised.​

In this whimsical story, a  4-year-old riding in Grandma's car makes the animals appear in the car as she identifies the sound each one makes. 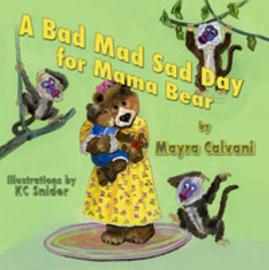 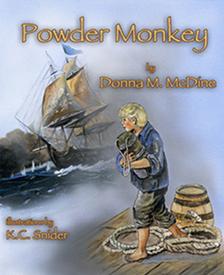 Tired of the way he's always lived, the big bad wolf is ready for a change. His family, is not. How will he handle the pressure? Everyone will love this humorous untold story of what became of the big bad wolf. 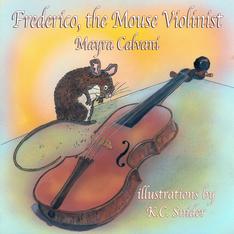 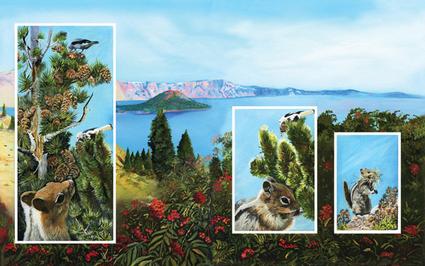 Ulysses is a basset hound who thinks he can sing, but sounds like a fog horn in the bay. That is how he got into trouble in the backyard. Wise Owl tells Ulysses to be what he is and find his own special sound. That is how he learned to make the most joyful noise in all the land.

Little Bear offers Mama Bear various items to make her feel better, but she’s too busy to notice—until he gives her his super, so good, so very special dolly. Silly humor, alliteration, repetition, and onomatopoeia make this a fun read-aloud story.

This is the 6th book in the "Andy & Spirit" series.  Andy and the volunteers confront challenges trail riding in the bush while counting and describing wild mustangs.  They complete reports on the herds and each individual horse's condition. The Bureau of Land Management uses their information to help track and control the population to prevent overgrazing and ensure there is adequate water for the herds. 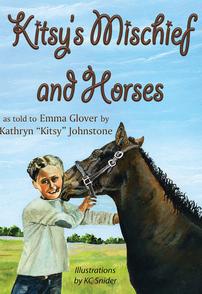 Favorites of the Month 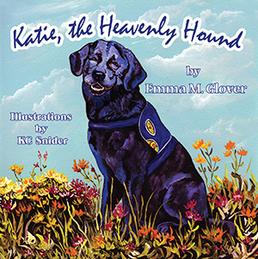 ​A touching story about 8 year old Ellis and her separation from her family in the midst of WWII when Jews were not safe.  Neighbors and strangers risk their lives to keep her alive and get her on a ship that will take her to relatives in America.  Ages 8-12. 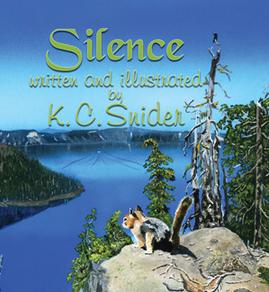 Frederico is a tiny mouse with a big dream: he wants to become a violinist. Each day he watches as Stradivari makes his famous violins. Each night, he sneaks into the workshop to play. But the violins are too big! Then, Stradivari sees him playing and begins carving a tiny device. Could it be a famous Strad especially for Frederico?

Climb into your kayak and paddle out to Hopscotch Island with Jack, Jenny, and their dog, Sandy, where a seagrass surprise awaits! Outdoor adventures turn into environmental missions as Jack and Jenny, brother and sister, explore the natural world around them, putting conservation biology into action.

Read what happens when a goat, a chicken, and a horse go for a little adventure around the neighborhood. 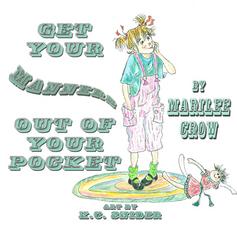 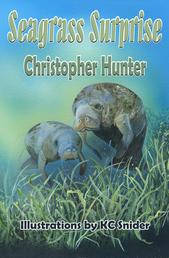 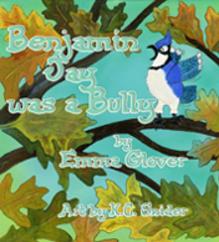 Jenny Bean's mother had a unique way of making sure Jenny used her manners. She would make Jenny pull her manners out of her pocket and pop them into her mouth. When Jenny did this at school, the teacher used it with all her students. Soon the kindergartners had the best manners in school. 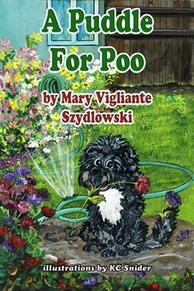 Andy and Spirit accompany Tracy, their horse therapy trainer, on a trip through gold country on an historic train.  A breakdown and serious injury interrupts their plans when they are called upon to help rescue someone. Includes 2 pages of educational information about Hippotherapy. 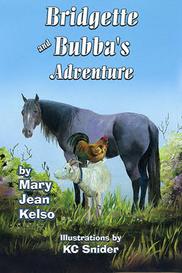 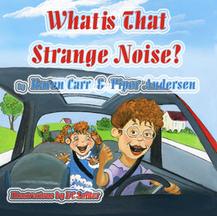 Forced into a life at sea by the Royal Navy Press Gangs, 12-year-old Tommy Kitt finds himself in a floating sea of misery. Poor living conditions and beatings occur daily. Despite his small size, Tommy must summon the courage and physical ability to prevail in a situation he cannot escape.

Preston P. Piggington, an ordinary eight-year-old piglet, is quite different from his refined family. He is dirty and messy! After discovering his family's frustration with him, he changes his ways and becomes a perfectly cultured pig. But Preston soon learns he is loved just the way he is. 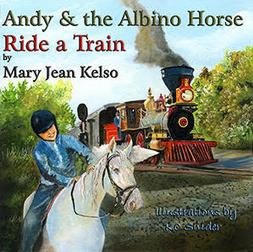 Poo used to be a good dog but not anymore. Her behavior is upsetting her owners, annoying the neighbors, and disrupting the whole neighborhood. No one can figure out what’s wrong until a smart little girl named Lupe solves the mystery and saves the neighborhood. 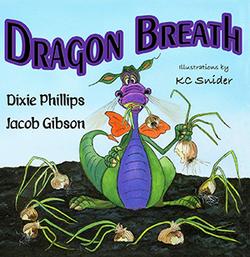 This book was #1 on Amazon's Best New Release for Jewish Children's Literature for 3 weeks in Dec. 2016.

Pogo is teased by the other penguins for being so small. His mother explains that he is God’s creation. She cautions him not to put himself down when he is special in God’s eyes. In the end Pogo learns he really is special because he was created by God.

This is a Chapter Book for 'Tweens.  Based on a true story.  The inside pages with illustrations are all in black and white.

Kitsy and her two brothers grew up in California’s Mojave Desert during the 1940’s. In Mischief and Horses, Kitsy recounts some of the hardships, struggles, and joys faced during their childhood of moving from one foster care farm to another.

Tabby dreams of big and warm houses, meals everyday, soft beds to sleep in, and people who stroke your fur.  While the other cats laugh at the stories, Alleycat believes.  His belief is so strong that he sets out to find one of those big warm houses. 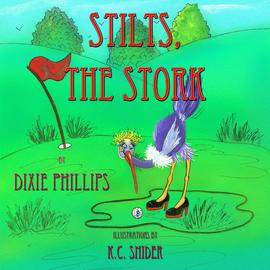 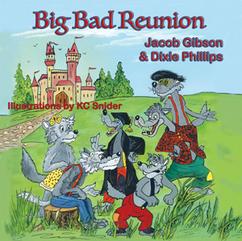